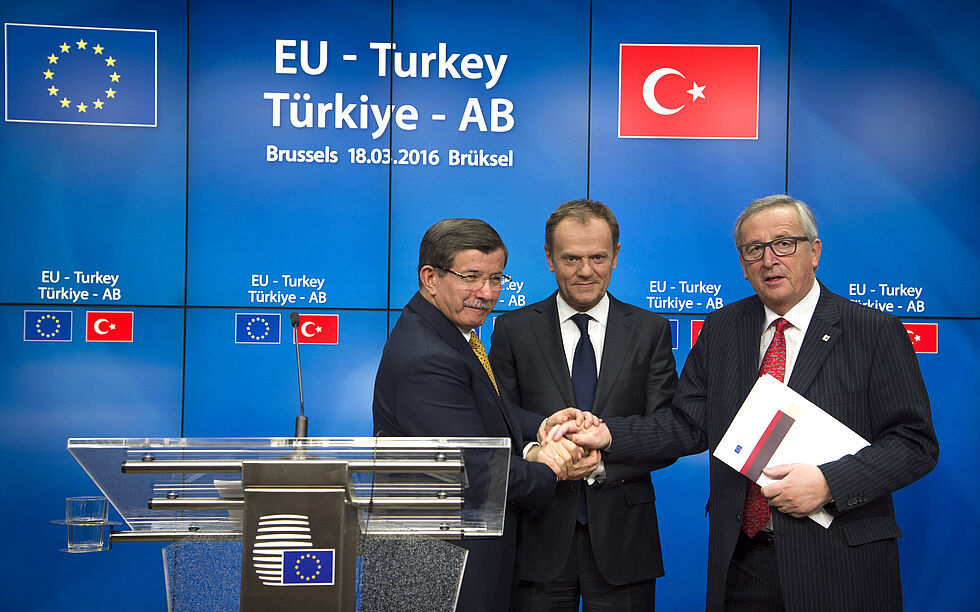 At the height of the refugee “crisis” in October 2015, over 7,000 asylum seekers crossed the Aegean Sea from Turkey to Greece per day. This created problematic conditions for refugees in reception centers and overwhelmed Greece as a first country of entry to the EU. In this setting, the EU-Turkey Statement was concluded with the aim of managing migration across the Aegean Sea and curbing arrivals to the EU. Whilst the Statement was effective in reducing the number of arrivals, it has been met with a series of human rights concerns.

Two years since its adoption, this joint EPC-FES conference takes stock of how the agreement was implemented and looks at the lessons learned. It critically considers the political context that provided the impetus for the Statement and reviews the concerns voiced by civil society organisations. It also assesses the Statement’s future, including recent proposals to replicate its framework in the context of the EU’s relations with other third countries.