As an economic giant, the European Union must also live up to its foreign and security policy responsibilities in the world. Apart from the development of the European Security Strategy (ESS) in 2003 and the successful EU peacekeeping missions in crisis areas worldwide, the Common Foreign and Security Policy (CFSP) and the European Security and Defence Policy (ESDP) have made insufficient progress in recent years. The principle of unanimity in the Council of Ministers and the dominance of national interests over European interests in the Member States often stand in the way of an effective and coherent foreign policy. However, given the European Union’s commitments to its partners, the expansion of the ESDP to create a joint EU army is urgently needed, and would not undermine NATO as a key forum for transatlantic dialogue.

Against the backdrop of globalisation, interregional cooperation, that is cooperation between regional blocs worldwide, is increasingly important. An increasing number of states recognise that they cannot face global challenges alone, and therefore decide to join together in unions with neighbouring countries. The EU has lengthy experience as a federation of states, and is therefore a model for many newer regional organisations. Whether in East Africa, Central America or South-East Asia, the structures and working mechanisms of the EU are often copied and applied to integration processes in other regions across the world. Expanding and deepening relations with other unions of states is an important EU aim in order to be able to adequately face the challenges of the 21st century.

Alongside interregional cooperation, deepening strategic partnerships remains a key issue. Historically, the transatlantic dialogue with the USA is the most deeply engrained of such partnerships. Relations with our neighbour Russia are scarcely less important, whether on matters of security cooperation, the rule of law or energy security. These are now joined by the emerging powers such as China, India and Brazil that have seen extraordinary economic growth in recent years and become important trade partners for the EU.

The EU’s worldwide crisis prevention and conflict management commitments in third countries are gaining great significance. However, despite the development of the European Security Strategy in 2003, the Common Foreign and Security Policy and the European Security and Defence Policy have so far made insufficient progress. Nonetheless, the EU has participated successfully in international peacekeeping missions for several years. Alongside these missions, there are far stronger commitments in civil areas. This includes, for example, financial support for the expansion of structures associated with the rule of law, peaceful reconciliation between former enemies, technical and logistical support for regional peacekeeping forces, etc.

The EU Office of the Friedrich-Ebert-Stiftung in Brussels contributes to the dissemination and discussion of these bilateral and interregional topics through conferences, seminars and working visits. To support interregional cooperation, the EU Office in Brussels organises delegation visits for interparliamentary groups and trade unions on the subject of social and labour law standards. The EU Office (in close cooperation with FES Offices worldwide) supports strategic partnerships and the EU’s commitments in the areas of crisis prevention and conflict management through workshops and expert discussions in which experts from third countries meet relevant actors at EU level to discuss ways to deepen partnership relations or conflict management scenarios. 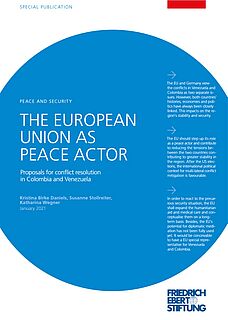 The European Union as a peace actor - Proposals for conflict resolution in Colombia and Venezuela, Kristina Birke Daniels, Susanne Stollreiter and… 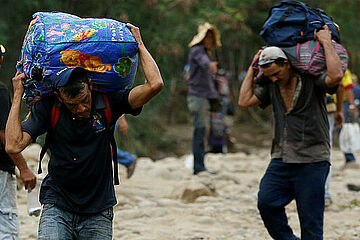 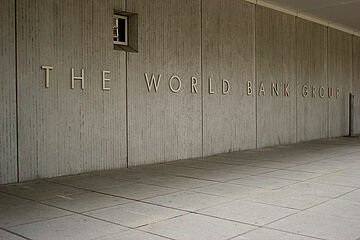 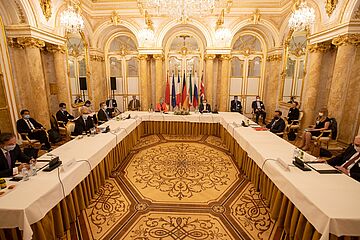 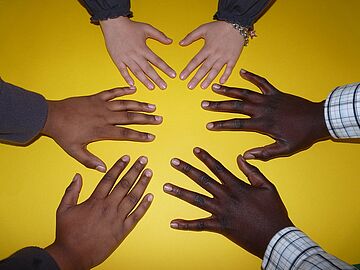 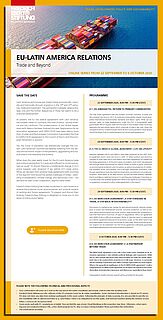 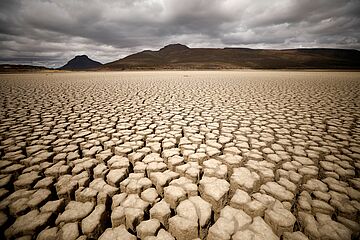 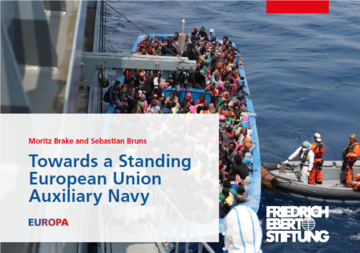 The European Union depends on the sea for its security and prosperity as over 70% of its borders are maritime, 90% of its external commerce and world…

On 1 July 2020, the Federal Republic of Germany took over the Presidency of the Council of the EU for six months. FES accompanies this period with…