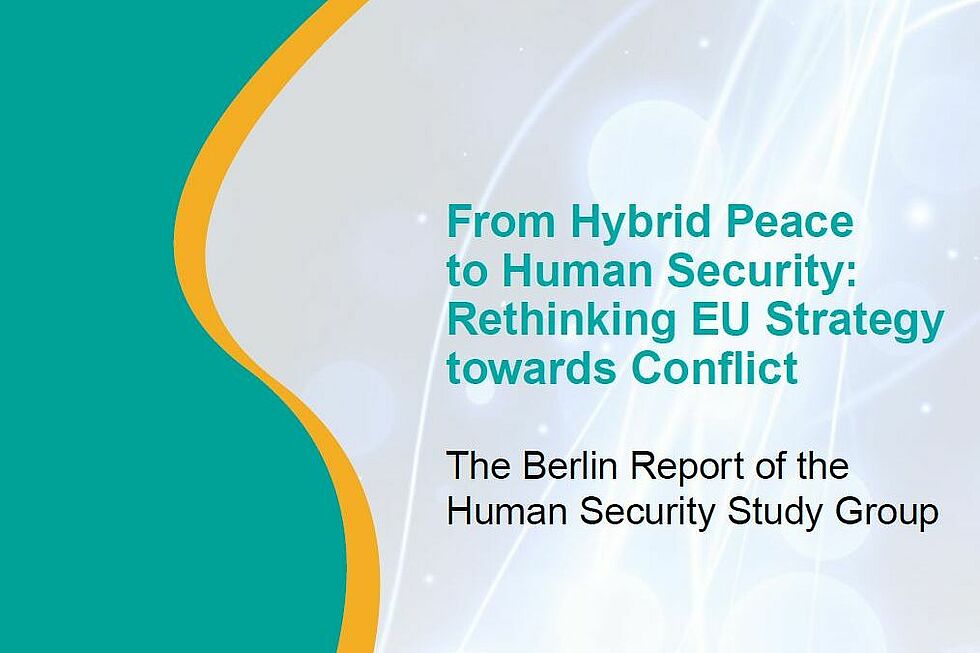 The twentieth century model of security, based on the rule of law and policing within nation-states and conventional military forces externally, is no longer applicable to twenty-first century global security risks. The security gap refers to the fact that millions of people live in situations of intolerable insecurity as a consequence of armed conflict, organised crime, terrorism, financial crisis, poverty and inequality, environmental degradation, vulnerability to natural disasters to name but some of these risks, and yet  current public security provision is not designed to address these sources of insecurity and, indeed, as recent wars in Iraq and Afghanistan have shown, sometimes makes things worse.

The Berlin Report of the Human Security Study Group ”From Hybrid Peace to Human Security: Rethinking EU Strategy towards Conflict” proposes that the European Union adopts a second generation human security approach to conflicts, as an alternative to Geo-Politics or the War on Terror. Second generation human security takes forward the principles of human security and adapts them to 21st century realities. The report argues that the EU is a new type of 21st century political institution in contrast to 20th century nation-states. Twentieth-century nation states were based on a clear distinction between inside and outside. Typical outside instruments were state-to-state diplomacy or economic and military coercion. Typical inside instruments are the rule of law, politics, and

policing. In today’s complex, contested and connected world, outside instruments do not work; they backfire and make things worse. Human security is about extending the inside beyond the EU.

In the first phase of the project, a total of twelve papers were commissioned to renowned international experts on security and peace issues, covering different geographical areas and topics, which can be found here: