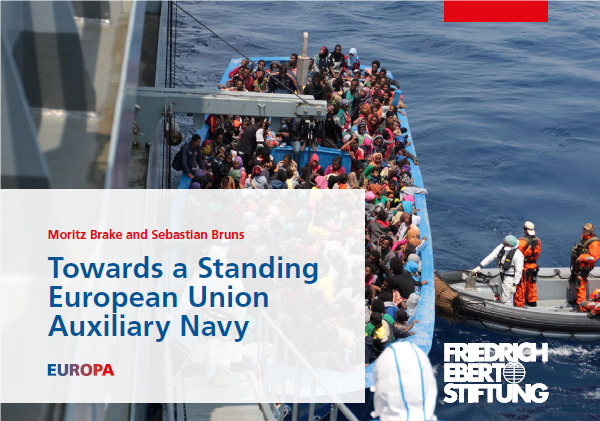 The European Union depends on the sea for its security and prosperity as over 70% of its borders are maritime, 90% of its external commerce and world trade pass over the ocean, 50% of EU population and 50% of EU GDP is situated in regions close to the sea. When it comes to acting beyond the range of coastal waters or within areas of heightened security risk, there is rarely a more suitable executive agency than a navy on which to base a state’s external action at sea. The European Union depends on a capable naval force to make a difference in this rapidly changing world. The authors argue in favour of a pool of support vessels of an EU Auxiliary Fleet to extend the Member States's navies' range in spirit of deeper defence intergration.